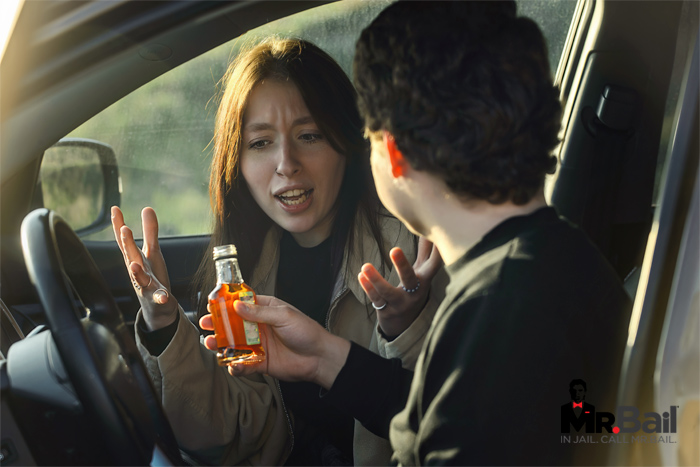 Drunk driving is always bad, but getting caught driving while under the influence of alcohol while using a friend’s car, things become even more complicated.

If you were simply pulled over, the issues associated with the fact you were in a friend’s car may be minimal. The biggest headache is that the car will likely be impounded. Paying the fee to get it out of impound as well as any connected towing fees will be something you and your friend will have to work out amongst yourselves.

If you were in an accident, things become more complicated.

First, you will be arrested for the incident. How long that takes will depend on whether you were significantly injured. If you sustained injuries during the incident, you’ll be taken to the emergency room before the arrest. If you weren’t hurt, you’ll be taken directly to jail and charged with drunk driving and any other charges that can be connected to the incident.

One of the first things the prosecution team will want to know is whether the vehicle’s owner knew you were drunk when you borrowed their car. If they didn’t, they won’t be held legally liable for the incident. If you have a history of DUI, some lawyers might say that because they knew about your relationship with alcohol they should have realized that there was the possibility of your friend/loved one getting behind the wheel of your car after drinking you are at least partially responsible for the incident.

As for the damages to the vehicle/property/and injured people, the best course of action is to contact the insurance company right away and alert them to the entire situation. Different insurance companies have different policies for handling the claim. They will likely need information about the driver’s record/insurance/substance abuse history. You should be prepared for the insurance company to conduct a thorough investigation which will likely slow down any payments.

The impaired driver of the vehicle will be charged with a DUI. The consequences of a conviction will depend on if they were involved in an accident, have prior DUI arrests, and if they violated any other traffic and/or criminal laws during the incident.

The consequences of a first-offense DUI charge are potentially getting sentenced to up to six months in jail, a fine that ranges from $390-1,000, and the suspension of your driver’s license.