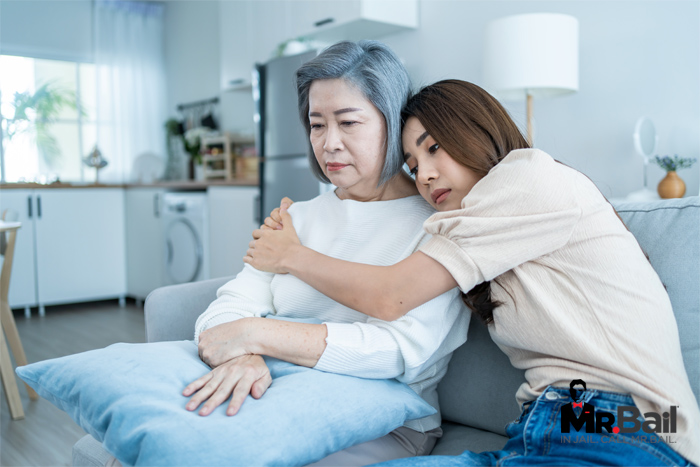 14 Apr You Were Out on Bail When You Got Arrested Again. Now What?

One of the big rules connected to your bail bonds is that you’re not supposed to engage in any type of criminal activity or with anyone suspected of criminal activity until your case concludes. The problem is that every once in a while we’ll get a call from a client letting us know that something happened and they were arrested while out on a bail bond.

The very first thing that happens is that the court will revoke the bail you were already out on. You broke the conditions of your bail and now have to pay the price. Sometimes the court will simply say that because you managed to get arrested while you were out on bail, you aren’t going to get a second chance and will have to stay in a cell until your case wraps up. In some, very rare cases, the judge will agree to release you on an even higher bail.

If you’re one of the lucky ones who is given a second chance at bail, brace yourself. The conditions attached to the new bail will likely be extremely strict.

One of the reasons this situation is so frustrating is because in some cases, it truly wasn’t our client’s fault that they were arrested while out on bail. They just happened to be in the wrong place at the wrong time. The problem is that even if we believe you have been unjustly arrested there is very little we can do about the situation. Your best bet is to have a good defense attorney speak to the judge on your behalf.

The good news is that it really is relatively easy to avoid getting arrested while you’re out on bail. The first is to pay careful attention to the conditions of your bail. If you read through the paperwork you’ll see that there is quite a bit of information about who you can see, when you can be out and about, when you should be home, and what type of behaviors you can engage in while out on bail.

If you’re worried about getting arrested while you’re out on bail we strongly urge you to figure out what could get you thrown back into jail and then work to avoid those things. While you might not like going to certain parts of town and miss your friends,
at least you’ll be free and not stuck in a small cell.

Need more information about Hawaii Bail Bonds, the Hawaii bail system, and how it can work for you?